Lutheran Urban Mission Initiative, Inc. (LUMIN) was founded in 2002 as a 501(c)(3) nonprofit corporation and a Recognized Service Organization of the Lutheran Church – Missouri Synod (LCMS) by a group of LCMS business people and professional educators deeply concerned about the downward trend of Lutheran education in Milwaukee’s urban community. Several schools had closed in prior years and others were struggling to remain open. LUMIN’s organizers determined to reverse that trend by developing a network of high performing schools focused on academic excellence, leadership development and spiritual growth; and supported by human care and social services designed to address the numerous “barriers to learning” confronted by urban students.

In 2012, LUMIN renovated the former Pilgrim Lutheran School which closed in 2008 due to declining enrollment. The school reopened in August of 2012 as Concordia University School – Pilgrim Campus.

LUMIN entered the Racine market in 2014 with the addition of Renaissance School, a privately-owned school participating in the Racine Parental Choice Program. Renaissance operates two campuses; the Taylor campus in Mount Pleasant, and the Villa campus in Racine. 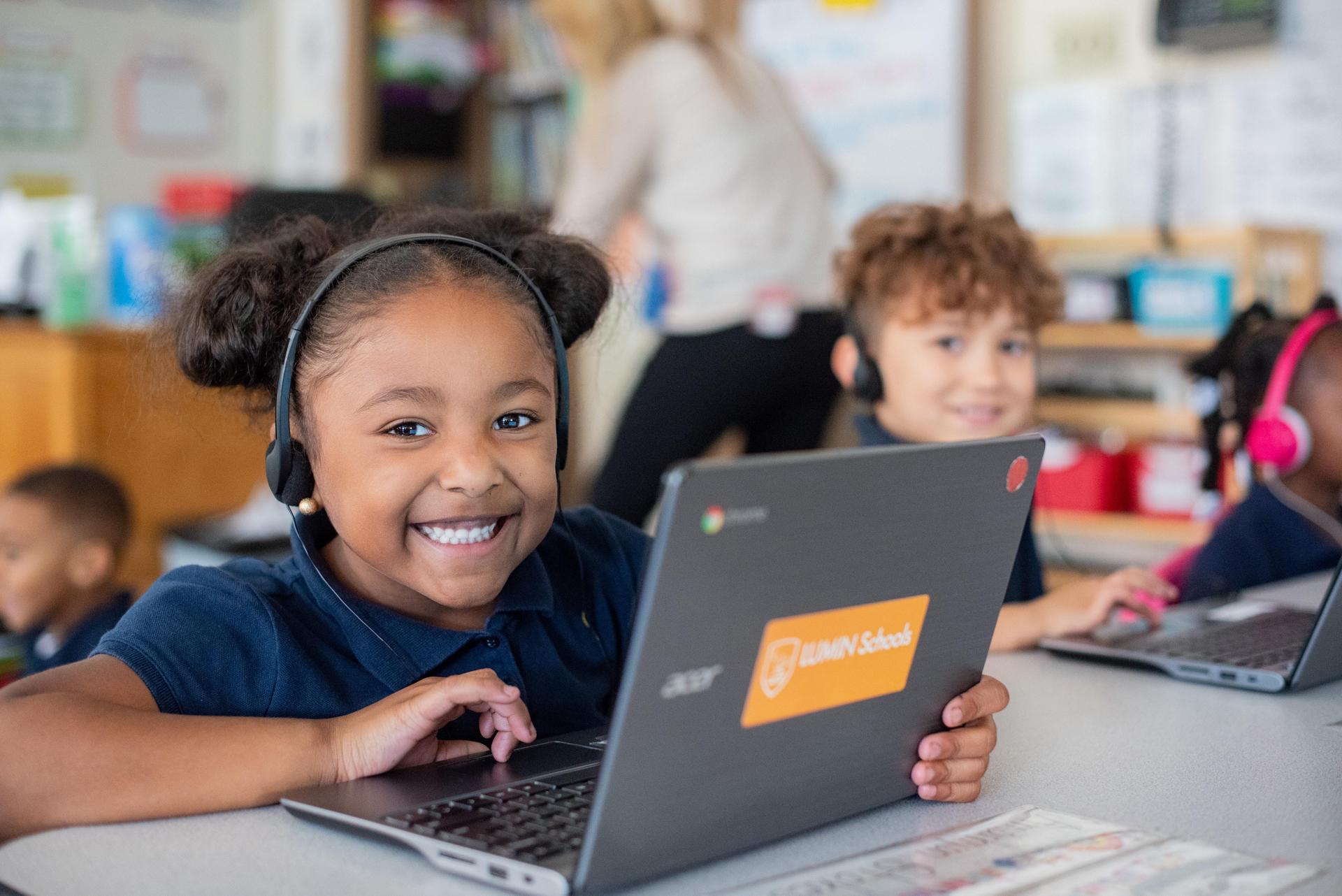 In 2015, the two campuses of Concordia University School were established as separate schools. The names of the schools were changed to Granville Lutheran School and Pilgrim Lutheran school to recognize the separate identities. Further, LUMIN's six schools united under one brand, LUMIN Schools, to offer public evidence that LUMIN represents a vibrant and unified network of schools.

In 2016, violent unrest erupted in the Sherman Park neighborhood. Over the next two years, parents began sending their children to schools outside of the neighborhood, and enrollment at Sherman Park Lutheran declined rapidly. The painful decision was made before the 2018 school year to close the school, which no longer had enough students to operate a school.

In that same year, LUMIN entered into a contract with the Lutheran School Corporation of Indiana to bring the LUMIN model to a new school in Gary, Ind, called Ascension Lutheran Christian School. A separate Board governs the school, but LUMIN executes the day-to-day of the school, implementing its academic and school culture programs.

At the end of 2018, LUMIN's founding president & CEO Richard Laabs retired after 15 years of dedicated service. Laabs remains close to the mission, serving on LUMIN's board of directors. He is succeeded by Shaun Luehring who had joined LUMIN in 2015 as the Chief Academic Officer. In 2019, LUMIN expanded into a new market when it re-opened St. John's Lutheran School in Beloit, Wis. The school had closed in 2013 after more than 60 years of operation. The school re-opened under the LUMIN name as part of the Wisconsin Parental Choice Program.

LUMIN Schools are elementary schools serving 4K through 8th grade students. Total enrollment in the eight campuses is nearly 1,400 students. Virtually all of them participate in the Milwaukee, Racine or Wisconsin Parental Choice Programs, two of Wisconsin's state-funded voucher programs that support school choice for low income families living in those communities.