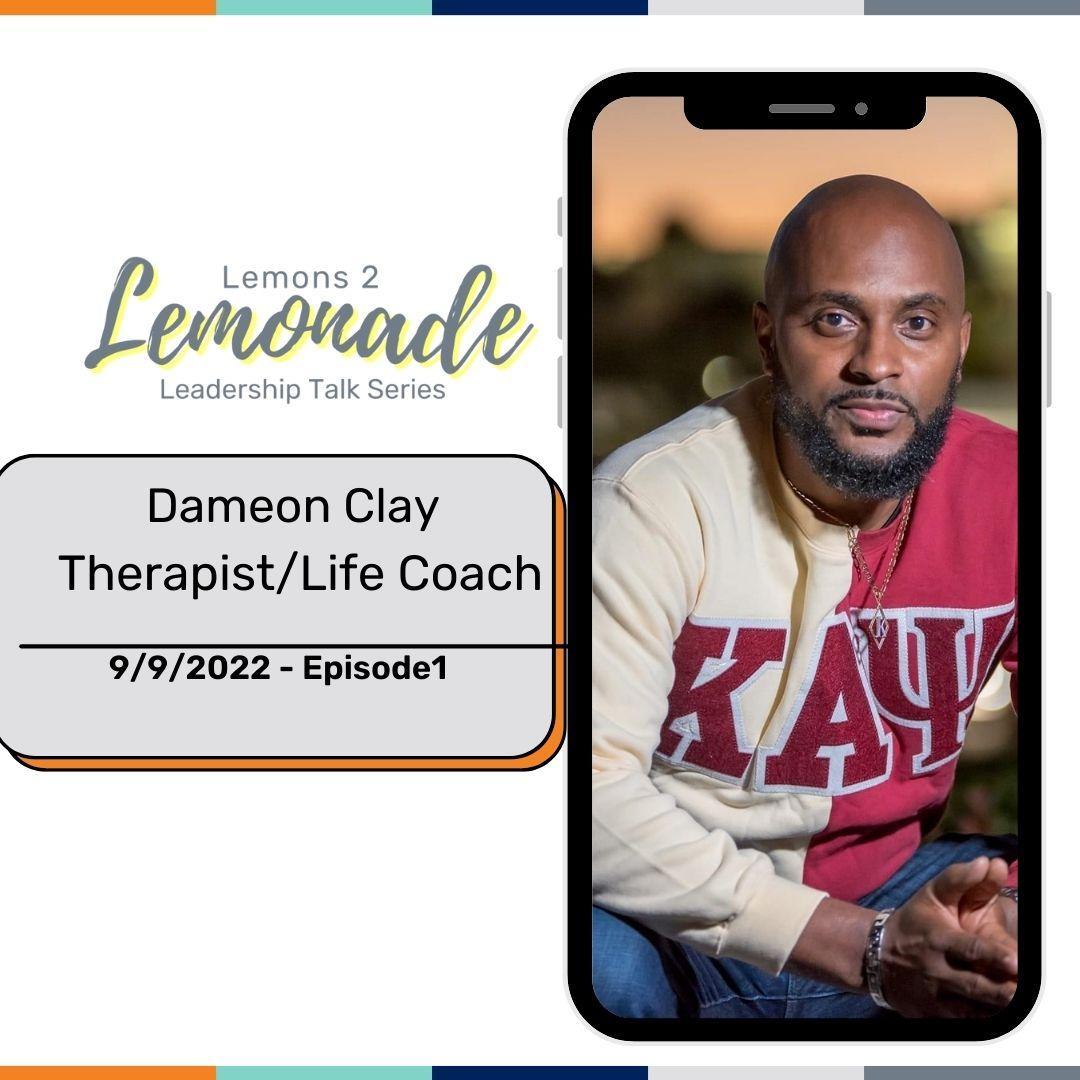 Dameon K. Clay, the founder and operator of Silver Lining Counseling Services is a Chicago, Illinois born and Tampa, Florida based therapist, life coach, school counselor, and educational consultant. As a counselor and recent transplant to the Tampa Bay area, he encompasses over 22 years of experience in a variety of therapeutic settings; inclusive of 13 years as a school counselor.

In addition to having a broad range of clinical experience working with individuals and groups across life spans, Dameon believes that utilizing Positive Psychology and Solution Focused therapeutic techniques to focus on enhancing the strongest qualities of individuals, assisting them in finding the environments that allow them to play out their strengths and live productive fulfilled lives which lead to the path of Self-Actualization.

Dameon is a proud member of Kappa Alpha Psi Fraternity, Inc. He has co-hosted “Wade’s World Youth Summit” founded by former NBA superstar and future hall of fame inductee Dwayne Wade in their hometown of Chicago. He takes pride in giving back to the community, which helped to raise him into the man he is today.

Dameon is also the National Father Auxiliary Chair of Jack & Jill of America, Inc. and his family is currently active in the Greater Tampa Chapter. Dameon is a devoted husband and the father of three. 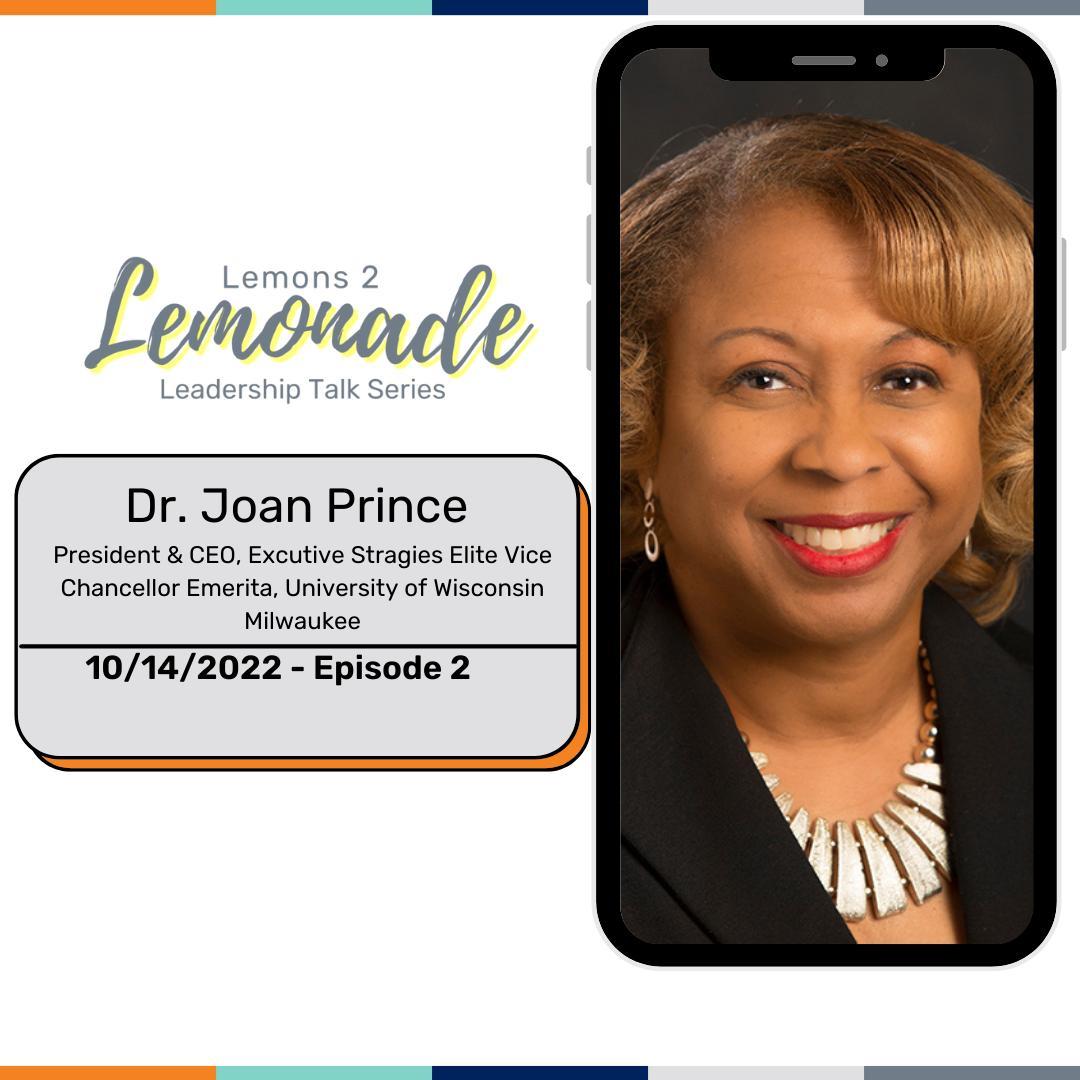 On September 12, 2012, Dr. Joan M. Prince was nominated by President Barack Obama to the General Assembly of the United Nations as a public delegate, with the honorary rank of Ambassador. This diplomatic position also maintained an appointment as a Senior Advisor to the Department of State.


In these roles, Prince occupied the United States chair in the General Assembly of the United Nation where she delivered policy statements on behalf of the United States regarding global economic and human rights issues such as global health delivery systems, the education of Women and girls, and other humanitarian issues. She worked closely with UN committees and related organizations such as The World Bank, USAID, UNICEF, the World Health Organization and UN Women.


She is a native of Milwaukee, Wisconsin and was the first African American to hold undergraduate and graduate degrees in Clinical Laboratory Medicine with a specialty in flow cytometry and hematology, and a doctorate degree in Medical Science Education from the University of Wisconsin Milwaukee.


In her professional career, Dr. Prince served as an administrator for fifteen years at Medical Science Laboratories – an affiliate then of the Wheaton Franciscan Health System, four years at the University of Wisconsin Medical School as the Director of The Health Professions Partnership Initiative (a state-wide initiative funded by the Association of American Medical Colleges {AAMC} that focused on increasing the number of underrepresented students in medicine and the health professions, and almost two decades at the University of Wisconsin Milwaukee as a Vice Chancellor and Clinical


Associate Professor in Biomedical Sciences. She has executive level expertise in health policy, education and its associated pipelines and supply chains, and is known as a global civil rights advocate with a commitment to educational and health equity. Her direct leadership in medical school admissions programs, university recruitment and retention efforts, and community initiatives has resulted in success for many who felt that their dreams of educational and professional attainment would not occur.


Dr. Prince is a seasoned board chair and board director of public, private and nonprofit organizations, both nationally and regionally. She served on the board of directors and as chair of the Governance committee for The Council on Foundations, a national nonprofit leadership association of grantmaking foundations and corporations, www.cof.org Other national nonprofit board service included her tenure as board chair of the Urban Libraries Council, a membership organization of 150 of North America's leading public library systems www.ulc.org Regional nonprofit service included tenure as a board director of The Greater Milwaukee Foundation where she served on the Finance, Nominating and Grant committee, as well as board President of the Milwaukee Public Library Board where she also served as chair of the Finance, Innovation, and Building committees. Dr. Prince is a founding member of MWi, an organization committed to achieving a balanced representation of women on corporate boards https://milwaukeewomeninc.org/. She has also served in community volunteer leadership positions with several local organizations such as The Milwaukee Urban League, the YWCA of Greater Milwaukee, the United Way of Greater Milwaukee and Waukesha County, TEMPO Milwaukee and Visit Milwaukee, to name a few.


Dr. Prince currently serves as a corporate board member of the Ascendium Education Group as well as The Aspen Group (NASDAQ: ASPU), an education technology company. Prince is a corporate board member of Managed Health Services-Wisconsin, a subsidiary of the Centene Corporation (NYSE: CNC) and director emeritus of C. G. Schmidt Construction Company. She continues to serve on the Froedtert Health Systems board in Wisconsin where she chairs the Governance committee, and the Siebert Lutheran Foundation board where she sits as Vice-Chair of the Board.


In recognition of her commitment to community service, Prince has been recognized by national, regional and local organizations. She has been honored over the years by the Milwaukee Business Journal as a Power Broker and the national business magazine –The Network Journal, as a national Woman of Influence. She has been featured as one of the 10 Most Powerful Women in Milwaukee in Milwaukee Magazine, and has received

the inaugural Betty award from Milwaukee Magazine, named in honor of its founder, Betty Quadracci. She has also received the Whitney M. Young, Jr., Legacy award from The Urban League and the Phoenix award from Congresswoman Gwen Moore at the Congressional Black Caucus. 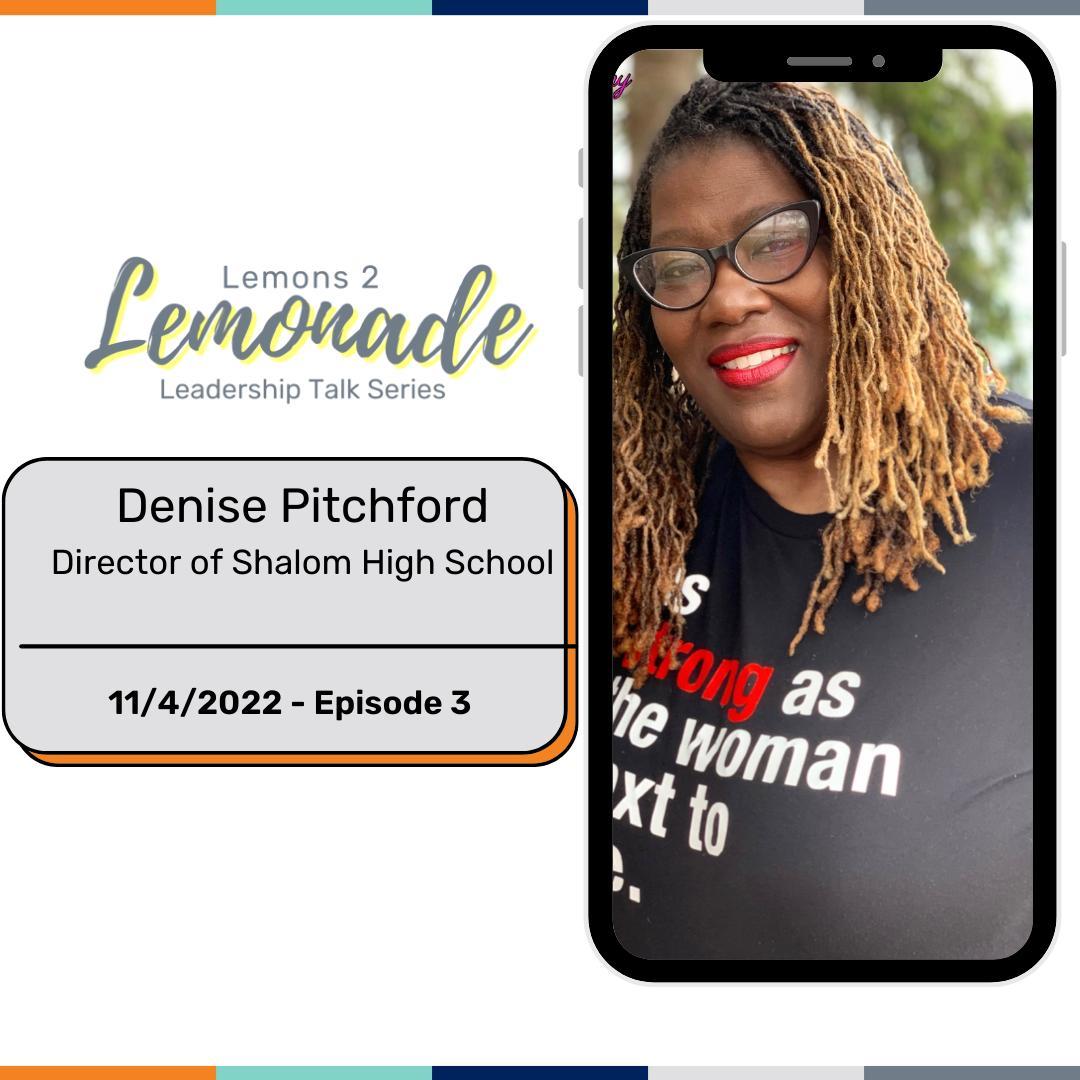 Denise Pitchford has always had a deep passion for education and a profound respect for those who work in the field because she came from a family of educators. Denise entered the area of education where she has worked with countless children and adult learners after graduating from Grambling State University, where she gained the knowledge and understanding necessary to discover her WHY. At this time, she is serving in the capacity of Director of Education at Shalom High School.

Denise places a high priority on continuing her education throughout her life. She has already graduated from Alverno College with a Master of Education and two more education licenses, and she is now working for a doctoral degree in Educational and Organizational Leadership.

In addition to the things that have been discussed thus far, Denise finds great fulfillment in teaching, coaching, mentoring, and in any other capacity that allows her to assist others in their personal and professional growth. If I can help someone achieve success then that is success for me, is the motto that 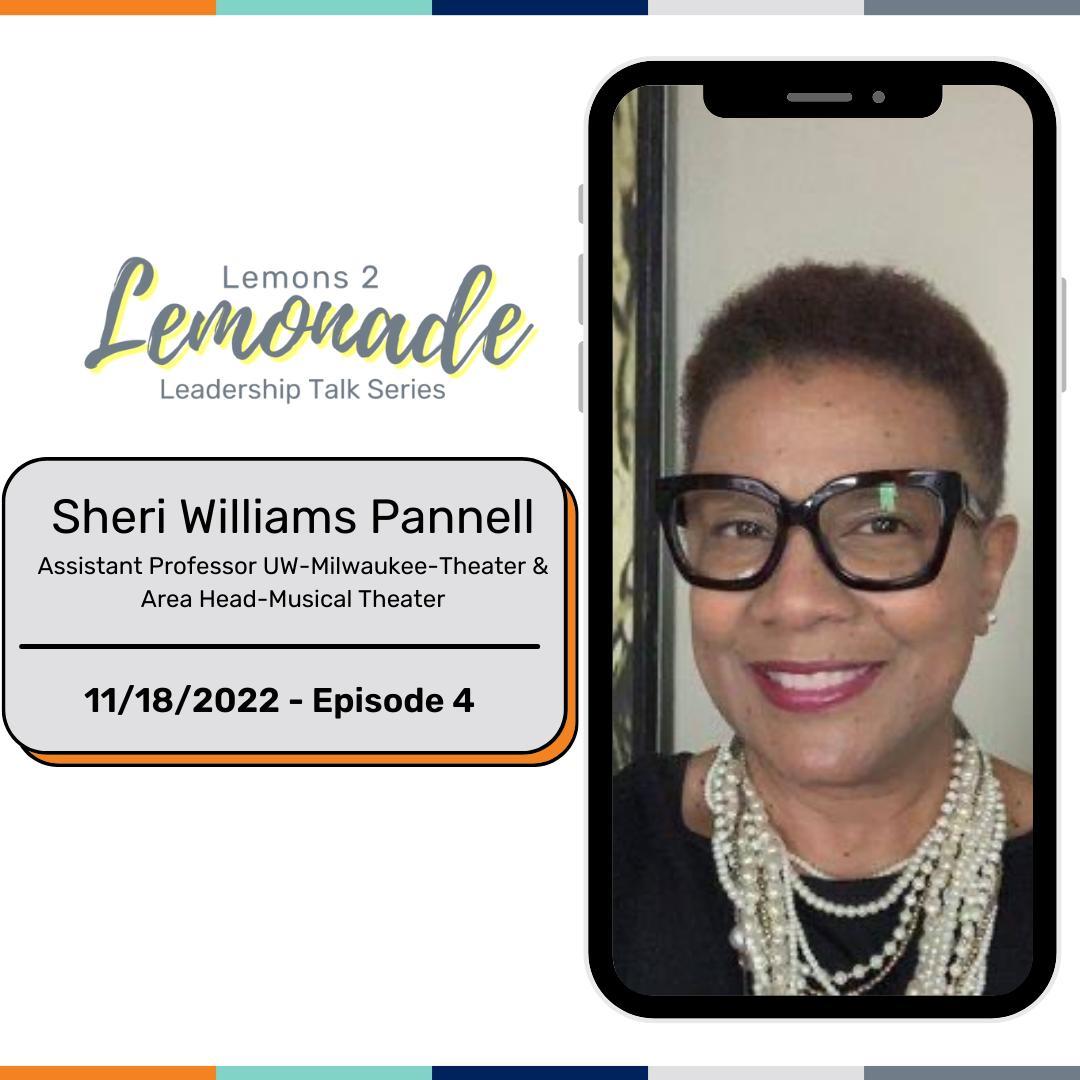 Sheri Williams Pannell is a native Milwaukeean who has performed, directed or written for a number of Milwaukee’s theater and arts organizations including Bronzeville Arts Ensemble, First Stage, Florentine Opera, Milwaukee Chamber Theater, Milwaukee Fringe Festival, Milwaukee Rep, Milwaukee Symphony Orchestra, Milwaukee Arts Museum, and Skylight Music Theater. Beyond Milwaukee, Pannell has worked at Oregon Shakespeare Festival, Utah’s Old Lyric Theater, Children’s Theater of Madison, University Opera and University Theater at UW Madison. Pannell was honored to direct a production as part of the United Nations Conference on Genocide, hosted at the University of Wisconsin-Madison. In 2017, Pannell was honored as an Artist of the Year by the City of Milwaukee. A founding member and artistic director at Bronzeville Arts Ensemble, Pannell is also a director/teaching artist at Black Arts MKE and co-director of the drama ministry at Calvary Baptist Church.  Summer of 2020, Pannell served as one of the founders of the Milwaukee Black Theater Festival.  A graduate of Spelman College, Pannell also holds an MFA from the University of Wisconsin-Madison. 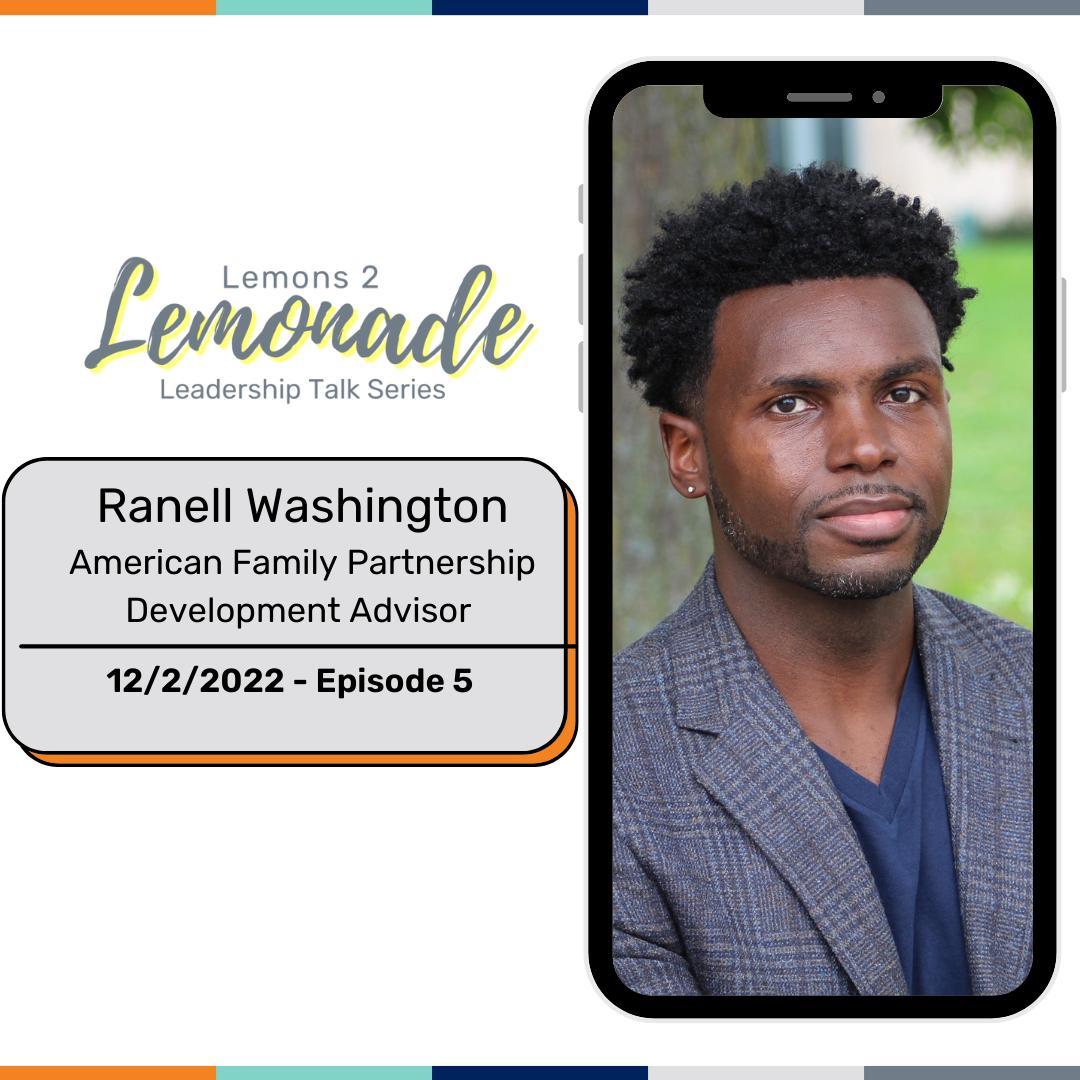 
Ranell received his Bachelor’s in Finance and a Certificate of Real Estate from the UW-Milwaukee. He also possesses an entrepreneurial spirit and co-founded Social X, a DEI organization providing a connective platform for diverse professionals, businesses and corporations in Greater Milwaukee and the surrounding areas. Ranell also provides his expertise to several community-based organizations, most recently being named the board chair for the Wisconsin Housing and Economic Development Authority (WHEDA). Economic development and community initiatives are true passions for Ranell, which is why he is a committee member for several task forces and committees. He is a man of faith and is very active in his Milwaukee-based church, Pilgrim Rest Missionary Baptist Church.

2017 – 2021 – Board of Directors, African American Chamber of Commerce of Wisconsin 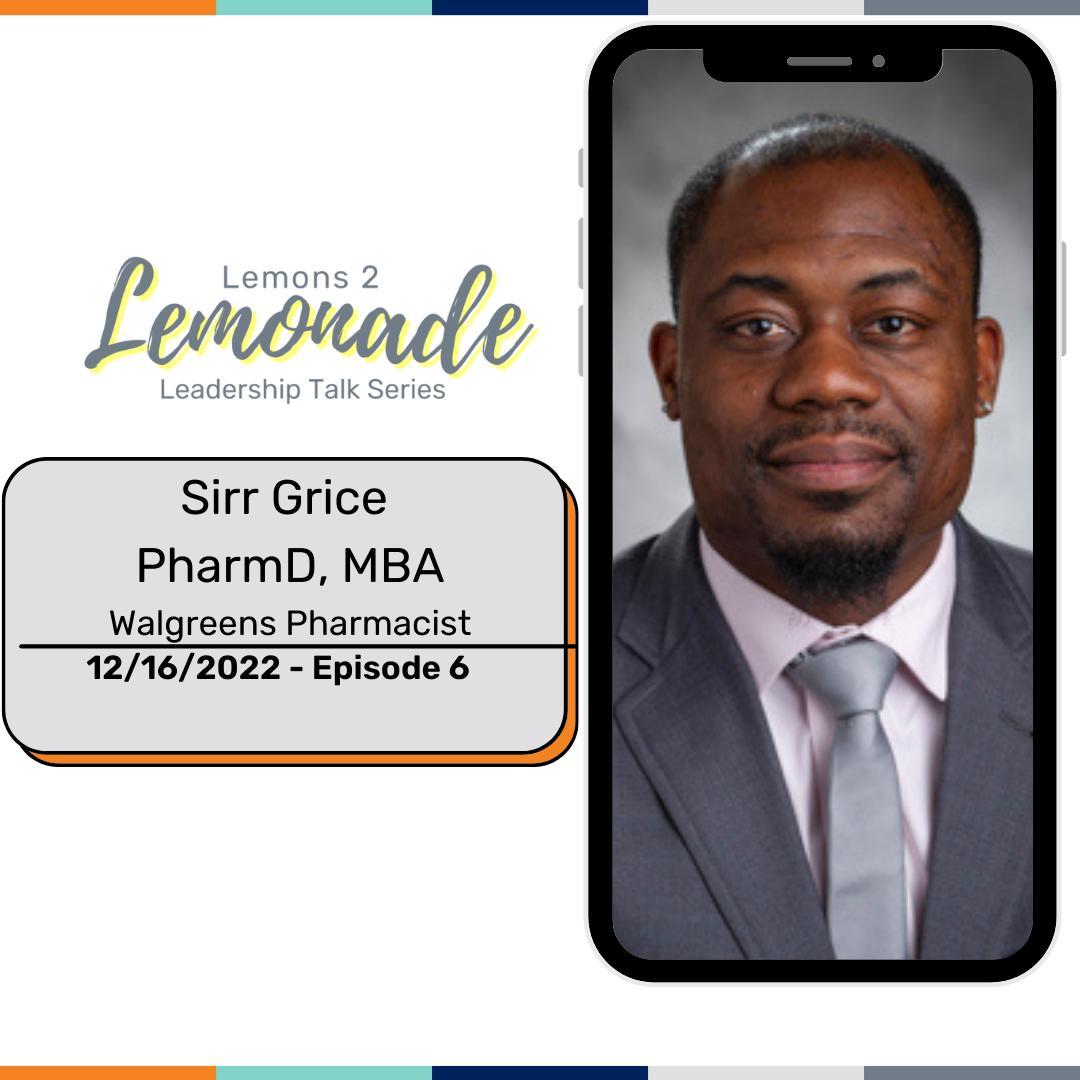 Sirr Grice is a Christian, a husband, a father of two children (Samiyah is 4 and Stephen is almost 1), a son, a brother, and a lover of Milwaukee, Wisconsin, his birthplace. He has a strong commitment to helping those in his community who are disadvantaged, and he presently makes his home in the Sherman Park neighborhood. With more than 14 years of experience working in the healthcare industry, he is committed to serving as a leader and leaving a legacy for African Americans in order to enhance patient outcomes and expand their presence in the healthcare field.


Sirr attended Concordia University of Wisconsin for his undergraduate degree, master's degree in business administration, and doctor of pharmacy degree; he is now employed as a pharmacist at Walgreens. Additionally, he is a member of the board of directors for both the Pharmacy Society of Wisconsin and Milwaukee Health Service Inc. at the present time.